Frederic Filloux and team have been working for 18 months on the Deepnews.ai project that uses a deep learning model to find the most relevant and non-duplicative articles on a particular news topic. They recently released a beta version of a newsletter that uses their model. The project, and his progress reports, are worth a look. Read More 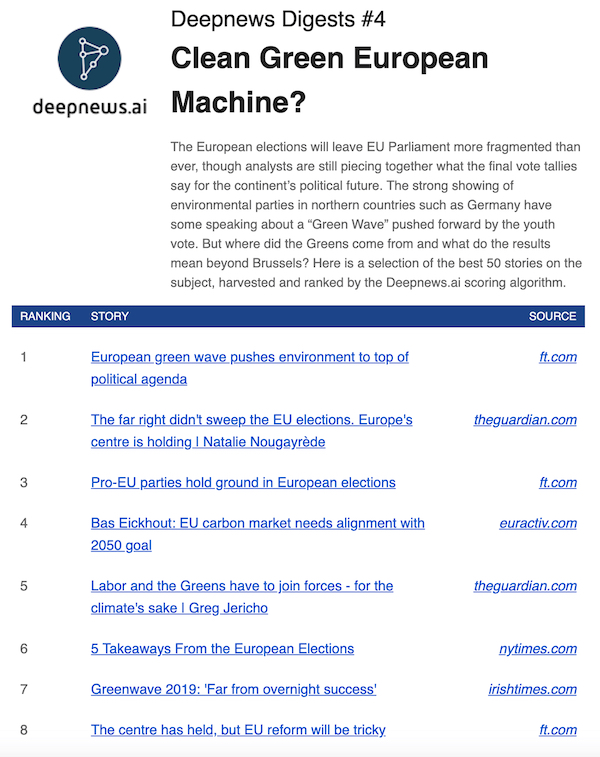 Apparently, there is some controversy over which approach is best. While this might make sense for a particular project, choosing one as an overall technology strategy is just silly. Scott Brinker explains (though he doesn’t say ‘silly’). Read More

Horace Dediu has one of the best takes on Apple’s WWDC announcements. I would agree that the new iPadOS is the most interesting/surprising of the announcements (Dediu says “most significant”). But I think the most interesting, if more predictable, announcement is the separation of the Apple watch App Store access from the phone. This is an important step in making the watch a stand-alone computing device with market reach well beyond Apple. Read More

AI can thrive in open societies

According to foreign-policy experts and the defense establishment, the United States is caught in an artificial intelligence arms race with China—one with serious implications for national security. The conventional version of this story suggests that the United States is at a disadvantage because of self-imposed restraints on the collection of data and the privacy of its citizens, while China, an unrestrained surveillance state, is at an advantage … This idea makes for a compelling narrative, especially for those trying to justify surveillance—whether government- or corporate-run. But it ignores some fundamental realities about how AI works and how AI research is conducted. Read More

The Gilbane Advisor curates content for content management, computing, and digital experience professionals. We focus on strategic technologies. We publish more or less twice a month except for August and December.